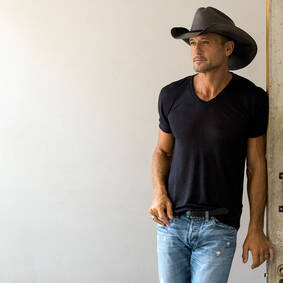 McGraw has sold more than 80 million records worldwide and won 3 GRAMMY awards, 16 Academy of Country Music Awards and 14 Country Music Association Awards. He’s the most played country artist on the radio since his debut in 1992. Outside of music, McGraw starred in and narrated the movie “The Shack” and co-wrote and performed the closing credit song for the Oscar-winning documentary “Free Solo.”  Other movie credits include “Friday Night Lights” and “The Blind Side.” timmcgraw.com 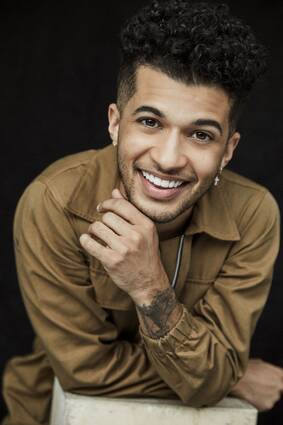 Jordan Fisher is a multi-hyphenate to the fullest extent for his age—producing, music, gaming, acting, dancing, Broadway—no one else his age has a hold in so many verticals within the industry. From portraying the title character in “Dear Evan Hansen” (and first biracial actor to portray the character), having starred in the incredibly successful franchise for Netflix “To All the Boys” sequel and most recently the major Netflix RomCom, “Work It,” Fisher has been singled out by multiple outlets for his work. Vanity Fair said, “Those of you who saw To All the Boys: P.S. I Still Love You—or were able to catch him on Broadway in Dear Evan Hansen just before the pandemic closed all theaters down—will know Fisher’s magnetism already. Those who aren’t familiar ought to be immediately smitten with Fisher’s brand of warm suavity. . .” Next up for Jordan is starring in the feature film “Hello, Goodbye and Everything In Between,” which he also will executive produce. Fisher has also become active in spreading awareness and using his voice to speak on racial injustices. jordanfisherofficial.com 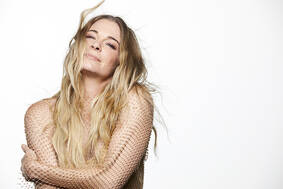 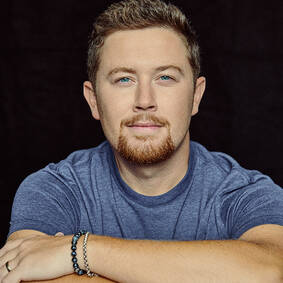 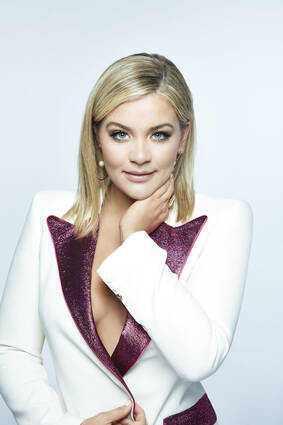 Hailing from Georgia, Alaina is a star whose number-one smash “Road Less Traveled” came from the 2017 most-streamed album of the year for a female country artist. Her latest EP Getting Over Him draws inspiration from life experience, past relationships and the global pandemic and includes six co-written tracks. “This music is empowering. It feels resilient, more confident, bold and more secure,” the artist shares. laurenalainaofficial.com 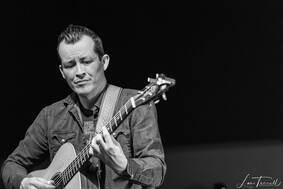 Spontaneous and honest, Puckett is engaging and entertaining on stage. The 2013 Indiana State Fingerstyle Guitar champion’s song “Timmy Jo” was chosen as the theme for WTIU’s (PBS) show “The Weekly Special,” and the award-winning songwriter performs all genres of music. facebook.com/KadePuckettplaysguitar 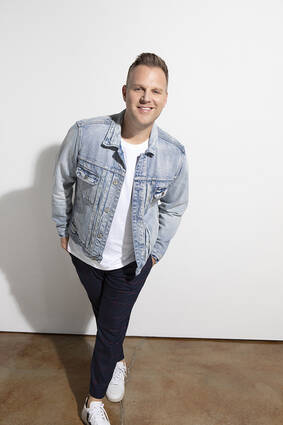 West is a five-time GRAMMY nominee, a multiple ASCAP Christian Music Songwriter/Artist of the Year winner and a 2018 Dove Award Songwriter of the Year. He’s also received an American Music Award, a Billboard Music Award and a K-LOVE Fan Award. Along with his own recording career, he has more than 130 songwriting credits, including cuts by Rascal Flatts, Scotty McCreery, Michael W. Smith, Amy Grant, Mandisa and Danny Gokey. matthewwest.com 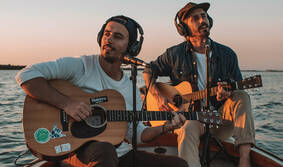 Music Travel Love is comprised of Canadian brothers Bob and Clint Moffatt. Along with their other brothers, Scott and Dave, The Moffatts were the youngest band to sign a major label record deal. In 2006, the duo moved back to Nashville and became known as Endless Summer. In their Music Travel Lovel project, Bob and Clint travel the world to film videos of covers and their originals. musictravellove.com 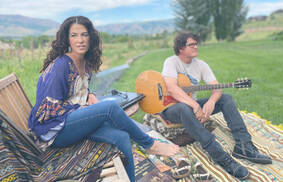 Troubadour 77, a husband and wife team often referred to as T77, is the brainchild of award-winning singer-songwriters Anna Wilson and Monty Powell. They celebrate the tradition of the American troubadour with raw and honest emotion and songs of social change, life, death, love, hope and redemption. Powell performs his string of hits, giving an insider’s look, and Wilson shines a light on Countrypolitan standards mixed with her original compositions. troubadour77.com 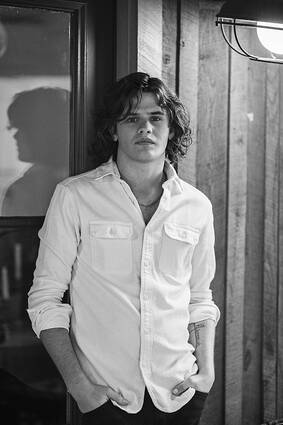 Layering vivid imagery over propelling tones, Louisiana native Smith co-wrote his debut single “Like I Knew You Would” and others on his self-titled EP. As Taste of Country notes, his “raw talent, authenticity and strong work ethic are bound to bring him country music success for many, many years.” paytonsmithmusic.com 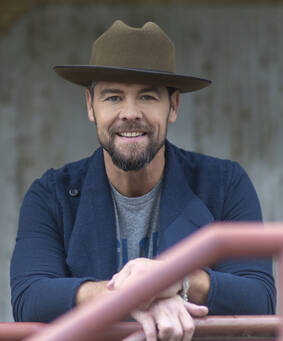 In his career, Kentucky-born Crabb has been honored with two GRAMMY awards and 22 Gospel Music Association (GMA) Dove Awards. He’s also the youngest member to be inducted into the Kentucky Music Hall of Fame. Since his first solo release in 2009, Crabb has performed at Carnegie Hall, the Grand Ole Opry, the Brooklyn Tabernacle and Billy Graham’s final crusade in NYC, and he’s appeared on NBC’s “Celebrity Apprentice” and alongside “Duck Dynasty’s” Willie Robertson. jasoncrabb.com 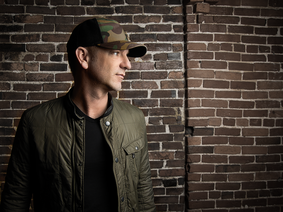 Campbell’s single, “It’s About Time” is the first track he’s co-produced, played acoustic guitar, piano and sung his own harmonies. Previous hits include “Family Man,” “Outta My Head” and “Outskirts of Heaven,” which prompted  appearances at NFL games, the “TODAY show,” CMA Fest and the Grand Ole Opry. “I’m so excited for what this new music sounds like because I get to put my hands on it and be a part of it” Campbell says. craigcampbell.tv 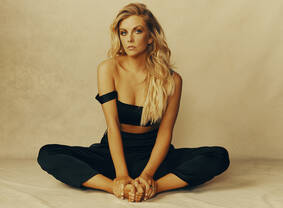 Bachman–Turner Overdrive (BTO​) and The Guess Who’s Randy Bachman discovered the Calgary native at 13. The multi-instrumentalist was soon touring alongside Luke Bryan, Buddy Guy and Keith Urban, plus Brantley Gilbert and Brad Paisley later on. Ell’s been nominated for New Female Artist of the Year in 2019 and 2020. She’s also won 2020 CCMA Interactive Artist or Group of the Year two years straight. lindsayell.com 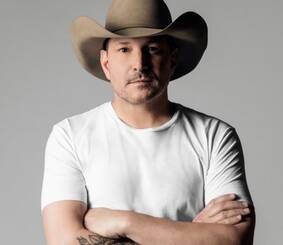 Herndon is a GRAMMY-nominated and Dove-winning artist who made his debut in 1995 with “What Mattered Most.” Between 1995 and 2002, Herndon charted 17 singles, including three number ones and numerous top 10 hits. In 2014, he was the first major male country artist to publicly come out as gay, and shortly after, he hosted a first-of-its-kind musical event, The Concert for Love and Acceptance. The artist is currently writing and recording a new album. tyherndon.com 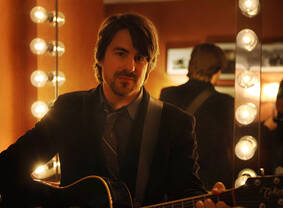 Wayne is a former foster kid turned country artist whose songs highlight his mission to raise awareness for children in foster care. His hits include “Stay Gone,” “Paper Angels,” “I Love You This Much” and “Do You Believe Me Now,” which earned BMI’s prestigious Million-Air Award for receiving more than one million radio spins. Wayne has toured with Brad Paisley and recorded “Sara Smile” with Rock and Roll Hall of Fame duo Daryl Hall and John Oates. jimmywayne.com 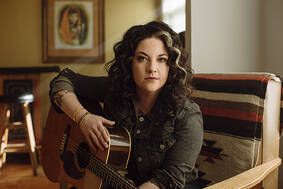 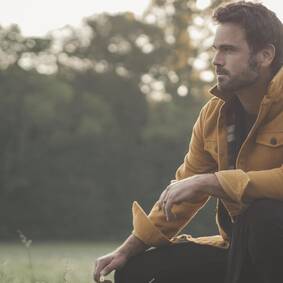 Wicks has found success across the entertainment industry as a songwriter (cuts by Jason Aldean / Frankie Ballard) and as a co-host of a radio show where he earned two Academy of Country Music Award nominations. He’s had television appearances on “Nashville” and “Dancing with the Stars” and is getting back to the music with latest tracks “Old With You” and “Solid Gold.” Wicks’ iHeart podcast “Talk to Chuck” can be heard every Monday and Thursday. chuckwicks.com 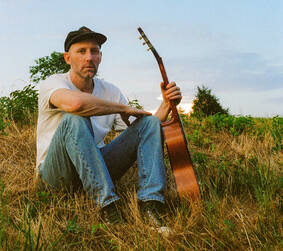 Kearney is Nashville-based, Oregon born and has recently been writing January Flower in a Joshua Tree isolated retreat and his home studio. Due out in May, the album is Kearney in his rawest form, distilling the songwriting process and rediscovering the joy of making music. The Multi-Platinum songwriter and producer has released five studio LPs, claimed the number one spot on iTunes, topped Billboard charts and made four entries into the Hot 100. matkearney.com 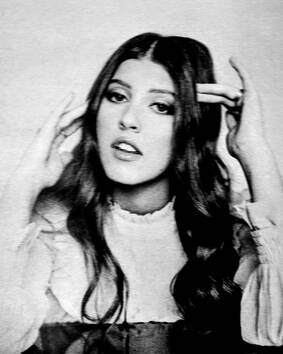 Born and raised in Nashville, Tennessee, Lomis offers an earthen cadence from a youth perspective. After releasing her debut EP Chapter I, she signed with Altadena and Warner Records and garnered fans like Meghan Trainor and Joe Jonas. Of her ambitions for her pop music, Lomis says, “When people come home from a long day, I want my songs to help them feel like they dropped the weight of the world off their shoulders.” lindseylomis.com 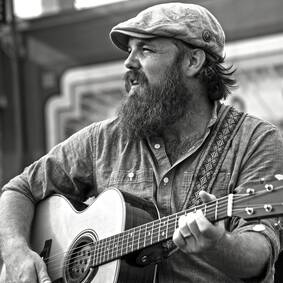 Broussard has always been about tying music to a mission, and his latest studio album A Lullaby Collection SOS III seeks to inspire younger audiences. The son of Louisiana Hall of Fame guitarist, Ted Broussard, the younger Broussard has a soulful sound, expressive vocals and sweeping orchestration. marcbroussard.com 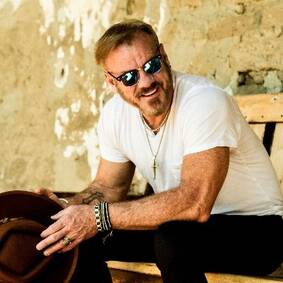 Vassar’s reign of songs include 10 number-one singles and 26 Top 40 hits, including “Carlene,” “Just Another Day in Paradise,” “Six-Pack Summer,” “When I Love You” and more. His recording career has seen the release of nine albums, two ASCAP Songwriter of the Year trophies and ACM’s Top New Male Vocalist. Vassar also hosts a series of conversations and music with hit artists, songwriters, athletes and entertainers in “Songs from the Cellar.” philvassar.com 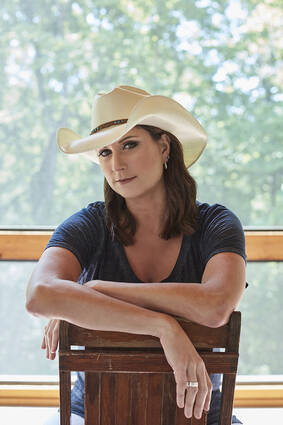 Clark got her start by playing for tips at Tootsie’s Orchid Lounge, a honky-tonk bar across the alley from Nashville’s historic Ryman Auditorium.  The three-time JUNO Awards winner holds the honor of being the only Canadian female member of the legendary Grand Ole Opry. She’s received 19 CCMA Awards, and in 2018, the artist was inducted into the Canadian Country Music Hall of Fame. terriclark.com 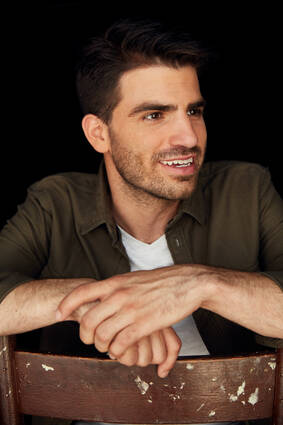 Rossell’s prolific songwriting and artistry caught the attention of Garth Brooks, and in 2016, Rossell opened for Brooks’ world tour with an acoustic guitar at his side. He’s also written Brooks’ last three singles and has released music of his own, such as fan favorite, “All I Need To See.” mitchrossell.com 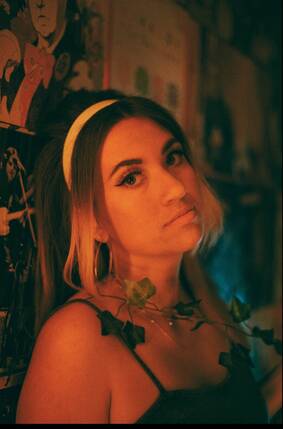 Hayden infuses her music with the honesty she has long admired from the pillars of country music. Her debut EP The Drive drew critical acclaim for its lyrical story-telling and diversity from outlets such as “Whiskey Riff.” And, her most recent release “Sad Songs” was selected by “The Bobby Bones Show” for their Women of iHeart Country segment. lexiehayden.com 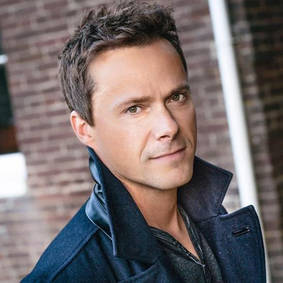 A Platinum selling artist, White’s recording career began in 1994 with the release of his self-titled debut. With six number-one singles — “So Much for Pretending,” “Sittin’ on Go,” “I’m Not Supposed to Love You Anymore,” “Rebecca Lynn,” “Someone Else’s Star” and “From This Moment On” — a Grammy and countless other awards and credits to his name, White has established a global legacy. bryanwhite.com